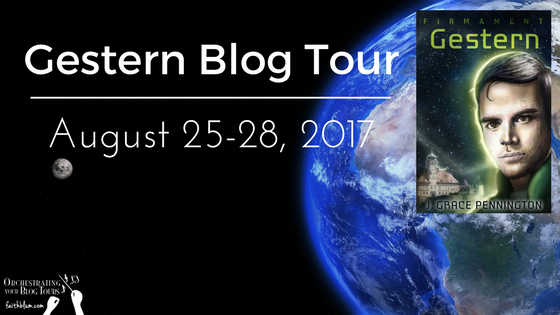 Thank you to all who participated in the blog tour for Grace's new book! I know I had a lot of fun reading all the posts and I hope you did, too. If you missed any of them, I have direct links to each post at the end of this one. And now for the winners!

For the Star Trek CD, the winner is... Did you know Gestern is the German word for Yesterday? I didn't until I read the excerpt I've included in this post. J. Grace Pennington has a new book out entitled, Gestern. I've read the others in this series and it sounds like another intriguing one. There are some great giveaways and guest posts going on, so be sure to read all about them.

You never escape your past
Andi Lloyd is more comfortable than most with interstellar travel, but she's not prepared for the perils and peculiarities of a world she has all but forgotten—the planet Earth. As the Surveyor undergoes repairs, her brother August receives a message with news that will send both of them across the world to a place he never wanted to visit again.

But despite the dangers they must press on into the unknown to find a way to save Andi's life, to decide the fate of Earth itself—and to rescue a lonely girl who just happens to be their little sister. 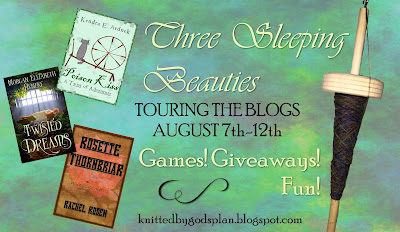 Today we have THREE books and an author interview with one of the authors. Three lovely authors got together to publish their books about Sleeping Beauty all on the same day. How fun is that? First up, we have Rachel Roden and her book Rosette Thornbriar. And an interview with her will be following the information about the book and herself. To see other posts about the books and to learn more about Kendra and Morgan's books, you can check out this page on Kendra's blog.