My sister recently commented that my books usually have a widow or widower who ends up getting married. When she said that, I started thinking. She’s right. I really do. Not only that, but I also usually have an orphan in my stories as well. When I started writing just over four years ago, that wasn’t my intention at all, but since then, I guess I’ve been interested in taking care of widows and orphans like James 1:27 says to do:

Pure and undefiled religion in the sight of our God and Father is this: to visit orphans and widows in their distress, and to keep oneself unstained by the world. (NASB)

Now all I have to do is do it more in real life. One way I can do that is by donating half my income from the Orphans of the West series toward supporting orphans through the organization World Orphans. Thank you in advance for helping me.

I guess you could say that orphans have been on my heart for quite some time. I don’t really know exactly when it started, but in the past two years I have especially been thinking about them. That desire to help has culminated in this book, the first in my Orphans of the West series, Savior, Like a Shepherd.

The ground shook and a rumble sounded through the air as the train squealed to a stop. Maybe, just maybe, I could carry someone’s bags without the porter taking notice. And then there was the even bigger maybe: Maybe I could get enough money to at least buy a crust of bread for Trevor and Tabitha to share.
I hid behind the boxes in the freight yard and kept one eye on the porter, and the other on the second class passenger car. The porter had his attention on the first class car, so I slipped into the gathering crowd. 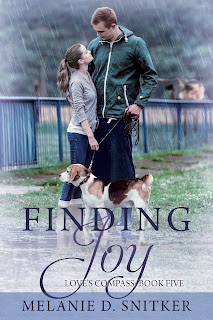 Sometimes, what looks like a dead end, is really a new beginning.

A horrific accident changed everything for Parker Wilson. Unable to find solid footing in his disrupted life, he returns to his family's ranch, a place he thought he'd left behind for good. The scars on his face are a daily reminder of all he's lost, yet his mom still insists he needs to stop hiding and live his life again. The beautiful new employee she hires is the last thing he needs, despite his mom's best intentions, and he'll do whatever it takes to make the girl quit and regain the peace and quiet he prefers.

Nothing short of desperation would force Chelsea Blake to work on a local cattle ranch. But if she's going to avoid her parents' judgment when they arrive in three weeks, she must turn the temporary job into a permanent one. Between dodging mud, feeding longhorn cattle, and dealing with a handsome boss who keeps giving her the cold shoulder, staying gainfully employed is proving to be a challenge. Chelsea may not be cut out for ranch life, but her determination to succeed is stronger than Parker's efforts at forcing her to leave.

Unprepared to discover all they have in common, if they set aside their initial dislike, they just might find joy beyond measure.
Read more »
Posted by Faith Blum at 5:03 PM 2 comments:

One of my author friends, Abigayle, has a new release! It sounds really good and I wish I had had time to read and review it. Since I didn't, I'll just have to try to get it and read it sometime. In the meantime, here is a little bit about the book.

Gemma Ebworthy is eighteen, pregnant, and alone. Now that she’s been evicted, she spends the night in a barn, never dreaming that tomorrow could bring kindness of a life-changing magnitude.

The Martins aren’t a typical family—even for rural Kansas. With more kids than can be counted on one hand and a full-time farm, Gemma must make a lot of adjustments to fit in. But despite their many differences, Gemma finds herself drawn to this family and their radical Christian faith.

When Gemma’s past collides with her yet again, she must begin revealing her colorful history. With every detail Gemma concedes, she fears she will lose the Martins’ trust and the stable environment she desires for herself and her unborn child. Just how far can the Martins’ love and God’s forgiveness go? 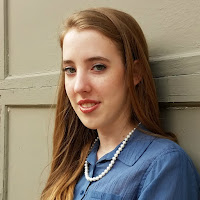 Abigayle has been a writer for as long as she can remember, but did not begin seriously pursuing becoming an author until 2015. Since then, she has started a blog and numerous social media accounts, graduated high school as a homeschooler, and participated in the infamous NaNoWriMo. Other than writing, she is also pursuing work as a freelance editor. Writing is her ministry and reading is her pastime. Abigayle lives in Central Texas with her six younger siblings and parents. 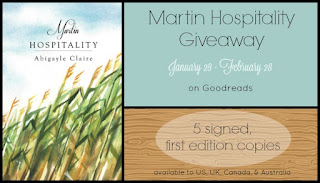 Abigayle is kindly offering 5 signed copies of her new book!You can enter below: