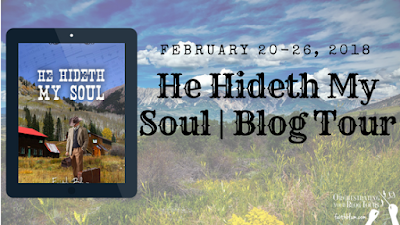 This morning, I am excited to announce the winners of the giveaway for He Hideth My Soul! Thank you all for being part of my tour and for reading the posts, buying the book, or whatever you did.

Posted by Faith Blum at 4:41 AM No comments: 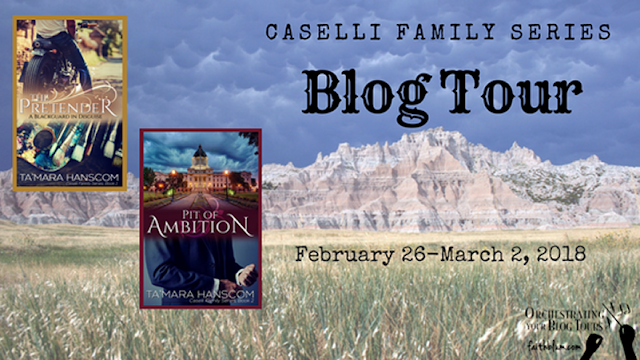 Ta'Mara has published her Caselli Family series before, but she is now relaunching the series starting with The Pretender and Pit of Ambition!  Join this super fun blog tour and find out more about the first two books (of five). Also, make sure you check out the great giveaway!

The Pretender: A Blackguard in Disguise is the first volume of 5 in the family epic series The Caselli Family Series. It begins in South Dakota in 1975 where eighteen-year-olds could order 3.2 beers in a bar and loaded guns were kept under the counter. Frankie Valli sang My Eyes Adored You, and American soldiers returning from Vietnam struggled with their new reality.
It’s within this tumultuous season of American history that Tillie Caselli meets Noah Hansen, and they are never the same again. Their lives were mysteriously intertwined – and had been for many years – yet they had no idea.
From the moment they met, Tillie and Noah wanted to spend the rest of their lives together, but a deliberate omission will keep them apart – and that same omission will be responsible for the escape of a murderer, and a bride’s deception.
These compelling stories are interwoven with Biblical truths and light-hearted, real life events from the author’s own past. Easy to understand and relate to, as well as encouraging.
https://www.amazon.com/dp/B00GPVK3FU/

Pit of Ambition is the second volume of 5 in the family epic series The Caselli Family Series.
Five years have passed since Noah and Tillie’s “chance” meeting. They’ve married other people by now, and are both beginning their families.
In the pursuit of professional and political success, Alex runs headlong into a pit of pride and ambition...and Giuseppe begins to hate the husband he chose for his daughter.
Alex and Noah are doing business on many fronts, which will bring Noah to town for an unintended meeting with Giuseppe. Tension abounds as he attempts to conceal his daughter’s identity from Noah.
Alex strays when Tillie needs him the most, and it’s Noah who will bring him home. But, instead of learning Tillie’s identity, he connects with her brothers, especially Marquette.
Unbeknownst to Noah, his new foreman is a member of the crime family Marquette has sought since 1968.
https://www.amazon.com/dp/B00HT5IZHO/ 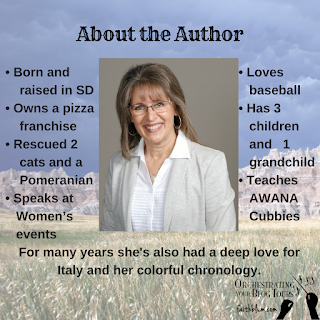 I was born and raised in South Dakota, and I love her people and rich history. For many years I’ve also had a deep love for Italy and her colorful chronology. I was fortunate enough to visit Italy on my 25th wedding anniversary, and I added some of the details of my travels to my fictional series The Caselli Family Series.
My favorite sport is baseball – Detroit Tigers – and I can’t wait until the next time I get to see them play in Comerica Park.
I live for the next family barbeque.
My husband and I own a national pizza franchise in Iowa, where we currently reside. We have three grown children and one grandson. We’ve rescued two cats and one Pomeranian.
I teach AWANA Cubbies and speak at women’s events.
www.TaMaraHanscomBooks.com.
https://tamarahanscom.wordpress.com/
https://www.facebook.com/TaMara-Hanscom-Author-473920855079/?ref=bookmarks
https://twitter.com/TaMaraHanscom?lang=en&lang=en 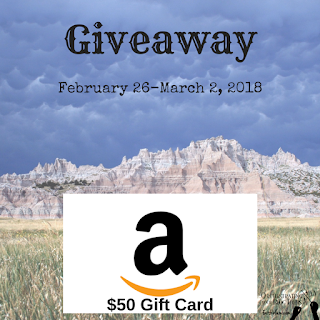 Ta’Mara is generously offering a $50 Amazon gift card! There are many different ways in the Rafflecopter to enter. The more you choose, the better chance you have of winning.
a Rafflecopter giveaway

March 3
Bookish Orchestrations – Giveaway Winner
Posted by Faith Blum at 2:30 AM No comments:

He’s never had the courage to love anyone 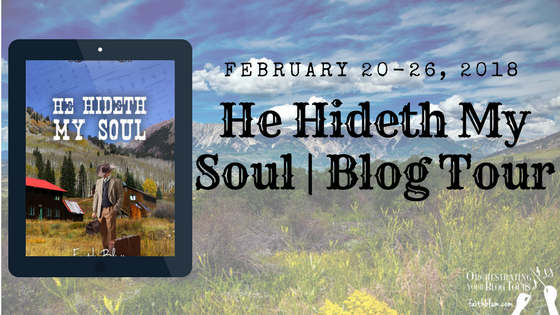 Have you ever had a hard time loving someone? I think everyone probably has at one time in their life. But what would your life be like if you've never had the courage to love anyone? Faith Blum explores that idea in her new book, He Hideth My Soul. 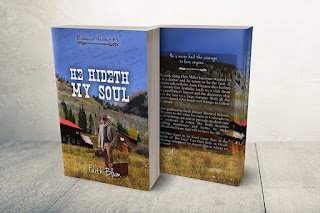 He’s never had the courage to love anyone…

The only thing Otis Miller has ever wanted to be is a doctor and he wants to be the best. A surprise talk with his Aunt Eleanor days before his twenty-first birthday leads to a visit from his grandfather’s lawyer and the discovery that he is the heir to a large fortune. With all the papers signed, Otis heads to Chicago to follow his dream.

After graduating from Jenner Medical School, Otis goes to the mine he owns in Colorado to see how things are and to provide medical care for everyone in town. He finds horrible working conditions and learns to make difficult decisions that will be best for all

Will Otis learn to let God cover him in the depths of His love? Can Otis hide in God’s presence whenever he doesn’t know where to go next?

Note: 50% of my income from this series will go to the World Orphans organization. 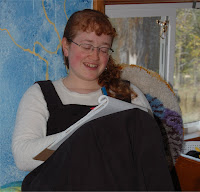 Faith Blum is a 20-something author of multiple books in various genres. She loves to write, read, play piano, knit, crochet, sew, watch movies, and spend time with her husband.  She lives in Wisconsin in a small town with her husband and cat where she can write to her heart’s content during the day. Faith’s goal in her writing is to encourage Christians in their walk with Christ. 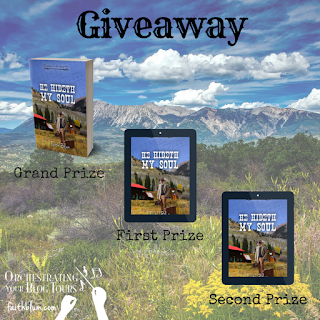 Faith is giving away three prizes! The grand prize is a paperback of her new book. First and second prizes are both an eBook of He Hideth My Soul. Enter here for the chance to win!


Otis woke up earlier than usual the next morning. He didn’t know why, but he didn’t question it. He grabbed his Bible and the candle on the nightstand and headed out to the back porch.
He sat down on the top step, lit the candle, and held his Bible up to its light. Otis flipped open to the bookmarked passage, or tried to, but it opened up to Galatians five instead. He read the whole chapter, but verses 19˗24 really jumped out at him:

Now the works of the flesh are manifest, which are these: Adultery, fornication, uncleanness, lasciviousness, idolatry, witchcraft, hatred, variance, emulations, wrath, strife, seditions, heresies, envyings, murders, drunkenness, revellings, and such like: of the which I tell you before, as I have also told you in time past, that they which do such things shall not inherit the kingdom of God.
But the fruit of the Spirit is love, joy, peace, longsuffering, gentleness, goodness, faith, meekness, temperance: against such there is no law. And they that are Christ’s have crucified the flesh with the affections and lusts.

“Envyings, wrath, strife, and seditions,” he whispered. “Father, you know how much I envy Joshua and Priscilla and their beautiful family. I’m sorry. I never fully realized how wrong it was. Help me to trust in Your timing for a family of my own.
“I don’t know what’s going on with Joshua and Priscilla, but You do. Help them resolve this issue. If there’s any way I can help, please let me be open and willing.”
He read, studied, and prayed until the candle became useless, then he set the candle and Bible aside and went to the barn to do the chores. If he got really lucky, he could even start the coffee before Priscilla got up.

February 24
Writings, Ramblings, and Reflections – Post from the author