My fellow author, and redhead, has a two new books out! And she's here with a giveaway and author interview, too!

Kellyn Roth was born and raised in the country outside a small town in North-Eastern Oregon. Ever since she could talk, she’s had a fascination with words, always coming up with songs, poems, and stories. Now a homeschooled highschooler, she spends her spare time penning historical novels, several of which have been published.

After a revealing conversation with the first children of her age she’s ever met, curious eight-year-old Alice Chattoway realizes that one ought to have a father … and she doesn’t. Having determined that his absence is making her mother unhappy, Alice resolves to find him and create a family for herself.

However, Alice’s mother, Miss Chattoway, is reluctant to answer any questions posed about a man she’d much rather forget. While Alice investigates, Miss Chattoway tries to balance her own spiritual turmoil with her need to be both mother and provider to her daughters.

Will Alice ever unravel her mother’s secrets? Can Miss Chattoway let go of the past to reach for the future?

Trapped in a world where she doesn’t belong, twelve-year-old Ivy Knight struggles to keep her head above water as her simplicity is brought to light by her new position as a young lady growing up at Pearlbelle Park.

Worried about their daughter’s inability to fit in, Ivy’s parents decide to send her to McCale House, a boarding school in Scotland for boys and girls like her. However, alone and frightened without her beloved mother, sister, and nurse, Ivy can’t seem to focus.

Will Ivy ever learn what Dr. McCale is trying to teach her? Or will she remain lost in her own mind forever? 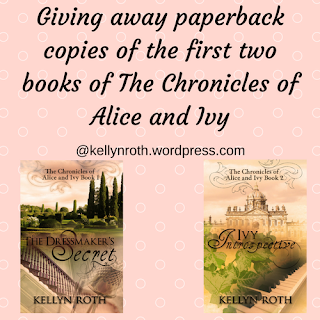 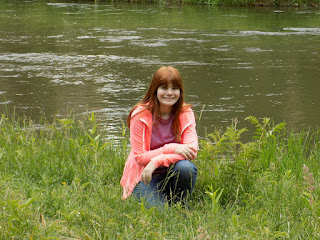 1. What is your writing process? Do you outline before you start?
When writing The Dressmaker's Secret, I was a pantser, through and through. Outlining and I hadn't been introduced at that point. I just wrote from a basic plot idea. I didn't even know how the book was going to end!

With Ivy Introspective, I got a little better about outlining since my intense revisions for The Dressmaker's Secret were not fun. (I changed it from first to third person and rewrote it from the halfway point on.) However, it just didn't turn out well (the outline was as rambly as my first draft became), so I wrote rewrote the novel from scratch.

Nowadays, my writing process looks very different. I like to brainstorm for a couple months, then spend at least a month drafting a fairly detailed scene-by-scene outline. After that, I write the novel in a month or two (I oftentimes find NaNoWriMo or similar challenges helpful, as it makes me write a lot in a short space of time), then wait a little bit (sometimes weeks, sometimes months) and begin minor revisions and editing.

Outlining really helps me write a good, solid first draft that I don't have to rewrite three or four times. Perhaps it's not for everyone, but I definitely recommend it.

2. How do you develop your characters? Do you use images found online, a Pinterest board, character sketches, or develop them as you write?
I spend a lot of time day-dreaming about my characters. I think a lot of my development comes just from thinking about them. Every time I'm in a situation in real life, I automatically start to think how my characters would react in that situation. Which means that, yes, I live in a daydream. This is probably not a good idea, but I can't help it.

One of my favorite ways to develop a character is to write a scene in which they're thrown into a wild (or even normal) situations. This helps me figure out not only what they are but how I'm going to write what they are. I do use Pinterest boards and character sketches, though, too. I have a huge list of questions I ask each of my main characters.

3. What is your best advice for getting rid of writer’s block?
Just write through it. The only way to conquer writer's block is to write. What you write doesn't matter so much as actually writing when it comes to writer's block. So JUST WRITE!

4. If you could share one piece of advice that you wish someone else had told you to an aspiring writer, what would it be?
I never really talked to anyone who was an actual author - or even an experienced writer - when I first began writing. I never got to know other writers until I decided to publish my first novel. So my advice to myself would be: seek out other writers, specifically writers a skill level up from you, who have been writing for a long time. Even the best superheroes had a mentor. ;)
5. What is your favorite genre?
Without a doubt, historical fiction, specifically (clean/Christian) historical romances. They're just so ... happy. They give me a good feeling inside that lots of books (for instance, dystopian or epic fantasy) don't.

Pizza or Pasta?
Pizza! Because pizza is less healthy than pasta (I think? I suppose it depends on the pasta), and unhealthy tastes better. That's why unhealthy is a treat. ;)

Favorite Bible verse?
Psalms 8:3-9. I know that's quite a few verses, but I felt bad about leaving any of them out! It's just so poetic ... and true!

Favorite movie adaptation?
I don't know. I think Pride and Prejudice with Keira Knightley was pretty incredibly, and there's a BBC miniseries version of Jane Eyre that is amazing, but ... favorite? I couldn't choose! Probably P&P 2005.
Posted by Faith Blum at 2:30 AM